(Promdi is Tagalog for someone who grew up in the province; setting foot in the city proves to be an interesting challenge. This also roughly translates to ban noc in Lao)

Growing up in a university-town, and finally getting out to start a career in the city (of a different country, that isn’t exactly as bittersweet as Manila or as manicured as Singapore), I know that nothing will ever be overrated to my promdi eyes. I will still look at skyscrapers wide-eyed; will still be fascinated with anything convenient (transportation, accommodation, food and groceries, etc), and will still contemplate if fighting for a spot in the city (New Yoooork) is what I really want, or if I’m cut out for it (didn’t exactly work the first time around, but I’m staying optimistic–small-town girl wants to  make it in the big city–how generic). I guess traveling is my way of environmental-scanning, testing the waters. Really pricey trial-and-error efforts, but I call it seeding (that’s how we do it).

Over the weekend, I went to Bangkok with (of course) PockLan and Jit. It’s that AirAsia promo fare again you book two months (or even longer) prior to the trip via Udon Thani, a border-cross away from Vientiane.

I like Bangkok. I’ve always liked Bangkok. This trip, though, I wanted to explore more; so with the help of some friends who are based there, I had a glimpse of the Bangkok Hipster Scene during daytime. Apart from the obligatory shopping, which I did at Siam Paragon and Central World *condescending laugh* (relax, it was only at the Gap and Uniqlo, respectively. Fine, and Zara. And MNG. They were on SALE).I went all the way to Bangkok to attend mass at the Assumption Cathedral, which is really beautiful (btw). I had my first taste of Dean & Deluca, which is apparently the closest you can get to New York City yuppie-diet; and I took the taxi (I’ve never been in a cab all alone, not even in SG) and BTS on my own (for the first time; was thinking about Bangkok Train Love Story throughout the trip to keep me calm). Oh, I also got to experience a design gallery of Thai Creatives at the Emporium. I realized there’s more to the city than frilly-Korean-garments at Platinum and the classic som-tam (we had some grilled chicken-Portuguese style? It’s good. But I still think Mom’s pan-grilled chicken is better). There are other places I want to see, so I have to get my travel funds ready for some city-culture-studies. I could always take the bus when I’m desperate, cos I’m still ban noc like that. And proud of it. 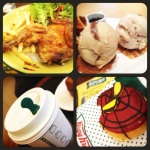 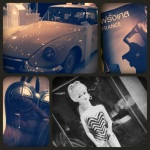 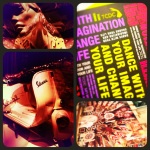 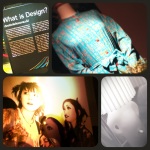 TCDC @ The Emporium – Countries and beyond. Lower-right is a Thai original! 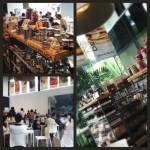 Dean & Deluca – For your home 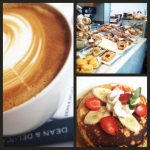 Dean & Deluca – My first ever Sunday Brunch (Tidbit: Instagram-ing is legit in Bangkok. No one’s gon’ judge you for it) 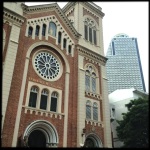 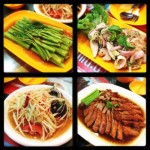 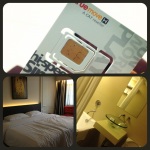 All photos were taken with Hipstamatic and edited with PicStitch. All I need are those plastic frames in yellow-green, then I could totally run the world. Hah! 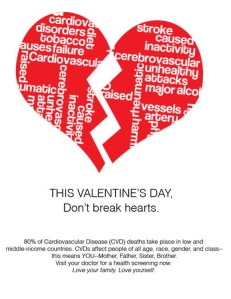 I think launching campaigns in line with special days on the calendar is an effective way to catch attention. Plus, V-Day is about love, isn’t it?<3
This poster was created for my DEVC 207 project last semester.

Our task this week was to identify a social issue that needs to be addressed in my community. Assuming we’re launching the campaign, what would be the: 1) purpose; 2) focus; and 3) the rationale of the focus.

Social Marketing works with behaviour-change, applying marketing strategies for a purposive and sustainable desirable change in communities/groups. From my end, ‘public health’ has always been a pressing issue in developing and underdeveloped countries. We have malnutrition, disease-outbreak, inadequate maternal-and-child care, HIV/AIDS, breast and cervical cancer, improper personal hygiene, food contamination, to name a few. Then there’s another silent killer that really just blows up in our faces when someone we know, who’s young and did not ever show any signs of discomfort, dies of cardiovascular disease (CVD).

I have only seen and viewed communication materials in clinics and hospitals (there aren’t a lot of them) about Avian Flu and Breastfeeding. However, non-visibility does not mean non-existence of a potential problem. And there are far more health problems that should be addressed. Based from WHO’s health profile, when the respondents were asked if there are any integrated or topic-specific policies/programme/action plan which is currently operating for non-communicable diseases (NCDs) such as CVDs, diabetes, cancer, among others, most of the answer was “don’t know.”

Something tells me that ‘don’t know’ won’t cut it; either it implies that the people do not care about their heart-situation, or the campaigns for them are not visible, if not at all non-existent.  According to WHO, CVDs are the number one leading cause of death globally; more men and women are affected by CVDs than cancer and HIV/AIDS combined (StopCardiacArrest.org). Low and middle-income countries are mostly affected with 80% of CVD-related deaths occurring in the aforementioned areas. If nothing changes in matters of the heart, it is projected that by 2030, 23.6 million people will die from CVDs, mainly from heart disease and stroke.

But the most effective way of dealing with CVDs is prevention—health screening, for that matter. I am not taking about launching a massive campaign on the fight against CVDs since the country prioritizes other aspects of public health, but at least hospitals, clinics, and doctors should highlight the importance of getting a screening such as checking blood sugar levels, cholesterol, weight, blood pressure, and other tests that could be indicative of an ailment.

This is a call for the country to be health-conscious, and to take responsibility in taking care of our hearts–not only for ourselves but for  those who care about us. A campaign on raising awareness on CVDs and the importance of a health screening is not only a preventive measure but it would instill behavior to get medical check-ups annually in maintaining good health. This campaign could also launch free check-up for the disadvantaged members of the community to address their medical needs–at least some.

Personally, I think the idea of ‘social marketing’ is genius. As I understand, social marketing is defined as ‘the process that applies marketing principles and techniques to create, communicate, and deliver value in order to influence target audiences’ behaviors that benefit society as well as theirs.’ The concept evolved from commercial marketing, only that instead of monetary gain, social marketing aims for behavior change as result. It is applied to several social issues such as improving public health, promoting safety and security and protecting the environment.

I like the concept of ‘social marketing’ because it does not only encourage behavior change, but we can tailor the activities as fun and relevant, and are far simpler to conduct than capacity-building projects, M&E workshops, and other multi-sectoral development interventions that take years to see results, or lack thereof. ‘Social marketing’ strategies can also be a sub-activity of the mentioned interventions. What I see in ‘social marketing’ that separates it from other activities is its personal approach–it hits home.

My favorite example of ‘social marketing’ is Brushing Teeth vs A Particular Brand of Toothpaste. Instead of promoting the brand itself, the aim of social marketing is to encourage the habit of Brushing Teeth to keep a healthy well-being. TV commercials and radio spots do picture relevant scenes such as families, couples, and children to appeal to heart of consumers. But these companies are more concerned to profit than to see an actual change in behavior/practices of people. In commercial marketing, if they sell X number of products, good for their employees and the survival of their company. In ‘social marketing’, however, if we see a significant change of behavior and sustainability of desirable practices, it’s priceless.

Another example, cliche and overrated but to those who are suffering, there is nothing overrated about HIV/AIDS. I, personally, am an advocate of HIV/AIDS movement because as I see it, we can prevent the spread–if only we are responsible enough to follow practices in keeping our bodies protected–as well as the infant that could be conceived in the process. I am going to be really forward here, but I really don’t understand why some men refuse using condoms. They say they are allergic to latex blah blah, but if they can’t be responsible for their own body’s protection, how else can their partner trust them (no pun intended). This is also a question of a Religion-State-of-Mind. No offense to all devout Catholics who are anti-artificial-contraceptives but using condoms is not abortion; using such is preventing unplanned/unwanted pregnancies, not terminating it. Using condoms is can also protect ourselves from STDs.

Ultimately, ‘social marketing’ could also contribute to eliminate the stigma against individuals living with HIV/AIDS. Prejudices, judgment, discrimination do not only apply to different races and ethnicity, health is also affected by narrow-mindedness and misunderstanding states of being.

But this is where ‘social marketing’ comes in; presenting the reasons why one should opt the desirable practice over the other, and liberating minds in practices that are beneficial to an individual or community. The issue of prostitution, on the other hand, is a bigger issue caught in the vicious cycle of poverty. But to those who are, in fact, with access to contraceptives and are aware of highs and lows of sexual relationships–promiscuity, protected or unprotected, should always be thought-over. Again and again and again.